Idea of the festival 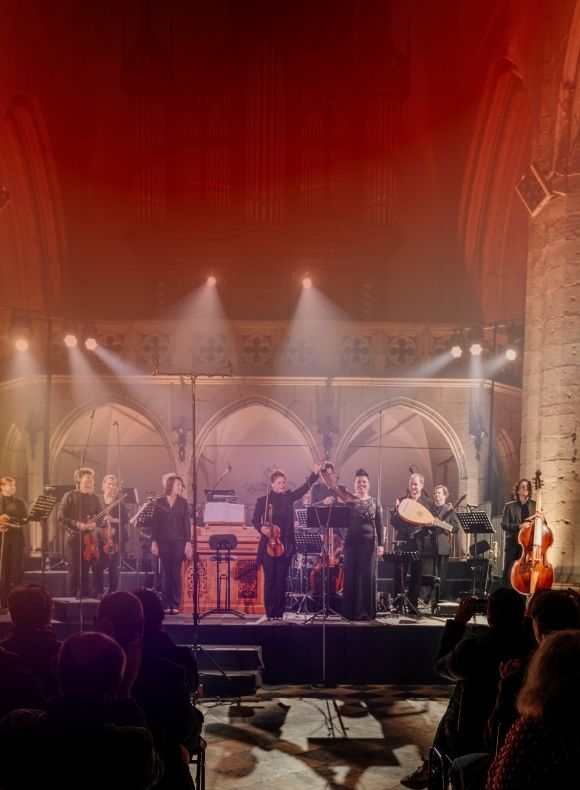 One of the most important festivals of early music in Europe, Misteria Paschalia is held every year during Holy Week. First held in 2004 following the idea of Filip Berkowicz and organised by KBF, the event showcases the most fascinating music penned between the Middle Ages and the 18th century, performed by acclaimed interpreters of early music. The programme recalls Christian roots of European spirituality, presenting some of the most important works by early masters alongside forgotten pieces representing important compositional and performance traditions. The festival is the perfect opportunity for musical discoveries and hearing brand-new interpretations of classical music prepared through extensive studies and reconstruction.

Since 2017, each edition has been dedicated to a selected European cultural phenomenon, with a different artist-in-residence serving as the festival’s artistic director. In 2017, the French edition was overseen by Vincent Dumestre with the ensemble Le Poème Harmonique, with John Butt and his Dunedin Consort ensemble running the English edition in 2018 and Antonio Florio with Cappella Neapolitana overseeing the Italian edition in 2019. In 2020, our exploration of Protestant music of Northern and Central Europe under the guidance of French director Raphaël Pichon with his ensemble Pygmalion was interrupted by the COVID-19 pandemic. The in-person events were cancelled, and audiences the world over took part in Poland’s first wholly online festival held under the banner of Misteria Paschalia 2.0.

The festival has been present on Radio Two since its early days. The festival also works in collaboration with the French TV channel Mezzo, which means the concerts are watched by over 60 million viewers in 60 countries!