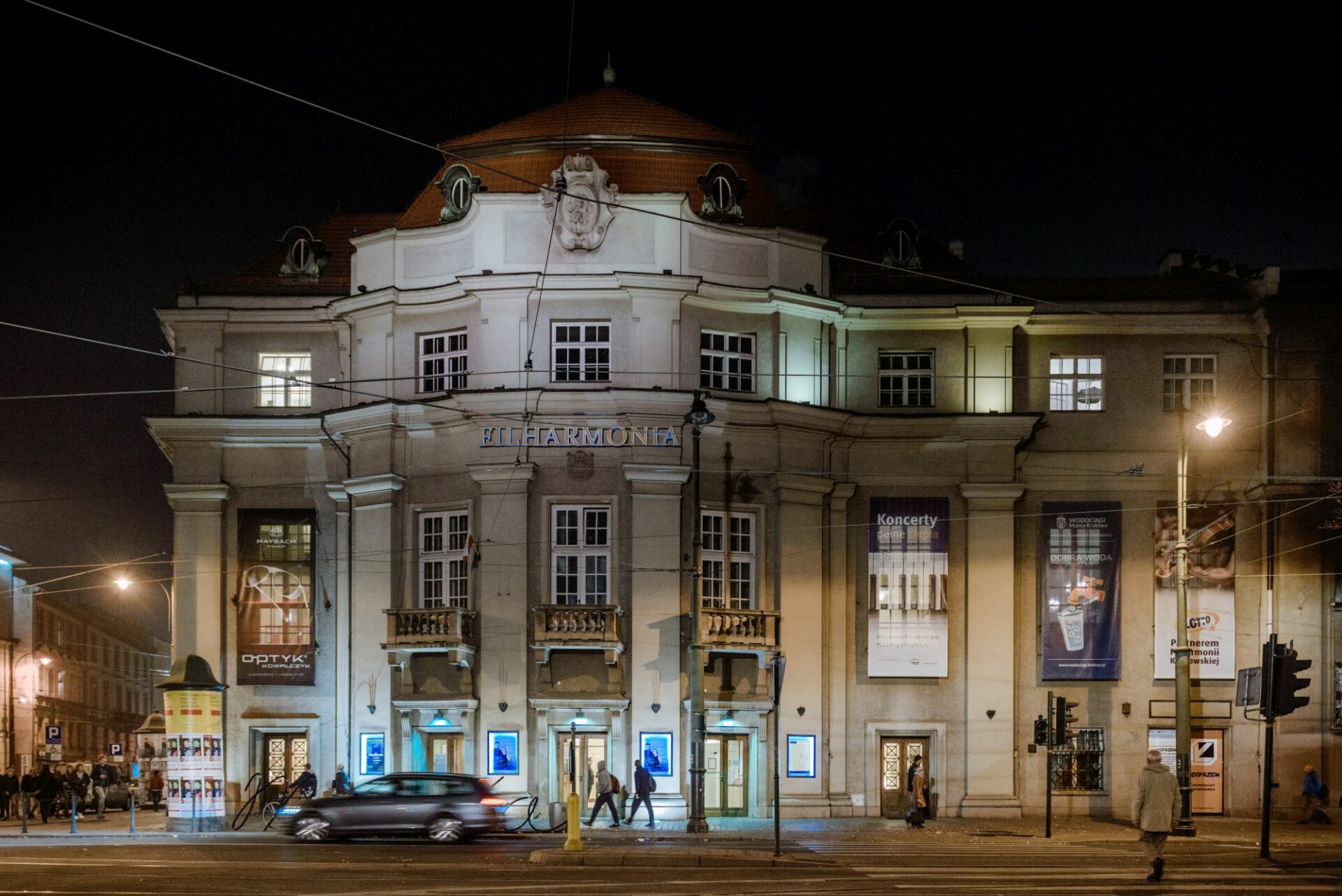 Karol Szymanowski Philharmonic in Krakow is the most important musical institution in the region of Małopolska, which has been instrumental in promoting musical culture for the last 78 years, based on the artistic work of the symphony orchestra, mixed choir, boys’ choir, girls’ choir, and chamber ensembles, involved in concerts that are sometimes held in remote areas of the region.

As an ambassador of Polish culture abroad, the Philharmonic has made its name performing the works composed by Karol Szymanowski and Krzysztof Penderecki, one of the most outstanding Polish composers, for many years affiliated with the institution, including as the Philharmonic’s artistic director. Promoting Penderecki’s musical output, the philharmonic ensembles will be remembered as involved in numerous premiere performances and CD recordings of the composer’s works.

Alongside weekly symphony and oratorio concerts, the Philharmonic also holds University Concerts, combining chamber music with lectures delivered by professors from the Jagiellonian University, Wawel Evenings, organized at the Senators’ Hall of the Wawel Castle, master recitals, and a wide range of education initiatives for the youngest music lovers.

The philharmonic ensembles, whose repertoire spans early music as well as the most recent musical pieces, have given concerts in over 30 different countries, including nearly all of the European states, Iran, Japan, South Korea, Lebanon, Turkey, Canada, and the USA.

The building which houses the Krakow Philharmonic is located on the corner of Zwierzyniecka and Straszewskiego streets in Krakow, and it was erected there in 1931 as a Catholic House, designed by Józef Pokutyński.

The main feature of the 720-seat concert hall is the organ made in 1996 by Johannes Klais-Orgelbau Bonn. Additionally, the Philharmonic has two chamber music halls, the Golden Hall and the Blue Hall, where poet Karol Wojtyła (later Pope John Paul II) made his debut in 1938.