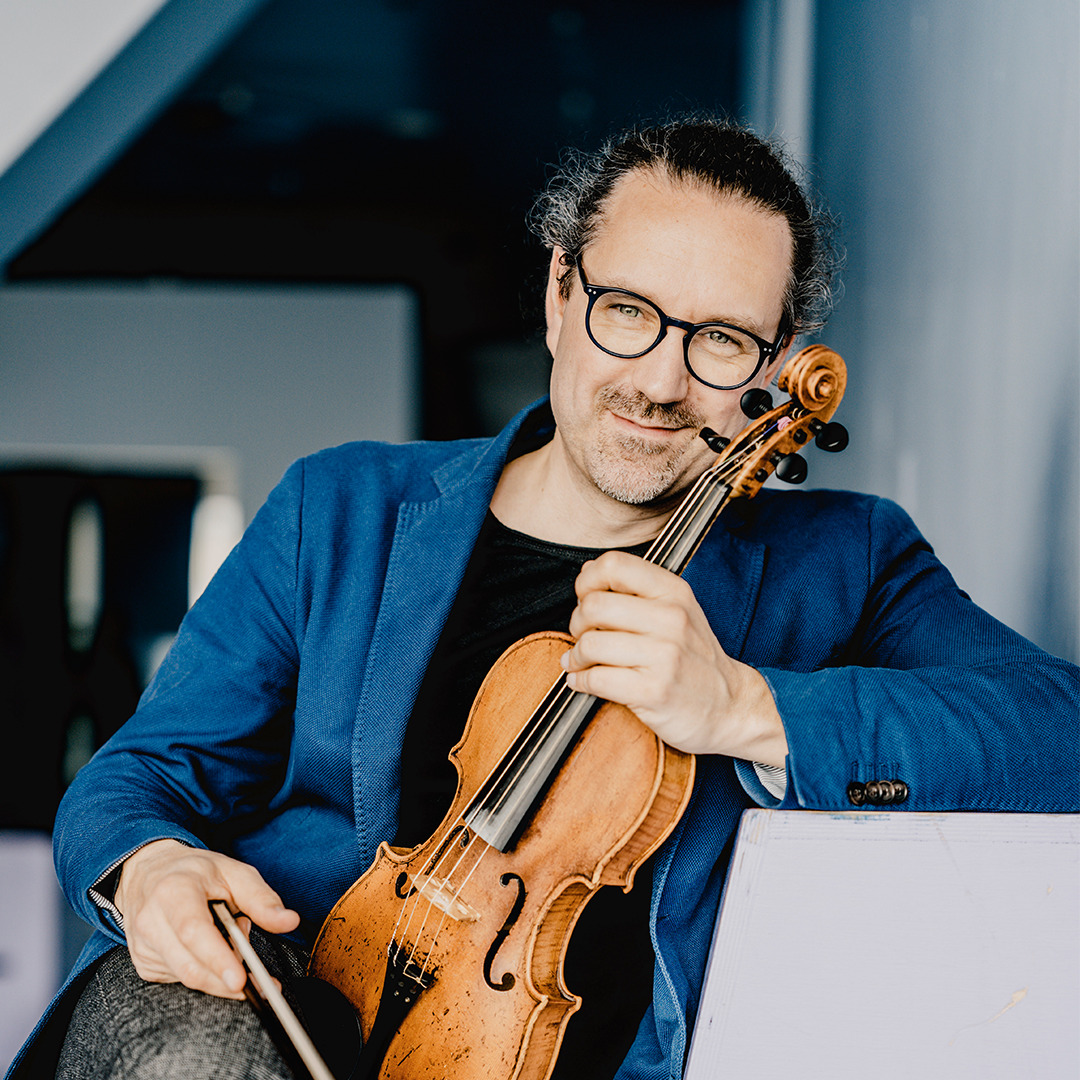 Julien Chauvin was attracted by the Baroque revolution and the new wave of historically informed performance practice using period instruments at an early age. Therefore, he moved to the Netherlands to train at the Royal Conservatoire The Hague with Vera Beths, who founded L’Archibudelli with Anner Bylsma.

In 2003, he won a priz at the international early music competition in Bruges. Since then he has been performing as a violin soloist, while at the same time playing in the leading European baroque ensembles. In 2005, he co-founded Le Cercle de l’Harmonie, which he directed jointly with Jérémie Rhorer for ten years.

At the same time, he has continued his collaboration with the Quatuor Cambini-Paris, formed in 2007, with which he has been performing string quartets of Jadin, David, Gouvy, Mozart, Gounod and Haydn.

In 2015, he formed Le Concert de la Loge in order to fulfil his desire of bringing back to life an 18th-century ensemble. The ambitions have been demonstrated by the exploration of forgotten works from the French orchestral and vocal-operatic repertory, as well as concert formats encouraging spontaneous and imaginative reactions from the audience.

Julien Chauvin has also conducted operatic productions such as Era la notte staged by Juliette Deschamps with Anna Caterina Antonacci, Lemoyne’s Phèdre and Isouard’s Cendrillon staged by Marc Paquien for the Palazzetto Bru Zane; Haydn’s Armida directed by Mariame Clément; and Sacchini’s Chimène, ou Le Cid staged by Sandrine Anglade. Continuing to investigate the question of leading the orchestra in the eighteenth-century opera, he has recently conducted from the violin Mozart’s Die Entführung aus dem Serail in a production by Christophe Rulhes.

Julien Chauvin’s discography includes concertante works by Haydn, Beethoven and Berlioz for the Eloquentia and Ambroisie Naïve labels. With his ensemble Le Concert de la Loge, he recorded Haydn’s complete Paris symphonies, which he confronted with other works created in Paris in the 1780s. Passionate about the rediscovery of forgotten French repertoire, he recorded the disc Si j’ai aimé with Sandrine Piau for the Alpha label. As a soloist, he recorded in 2020 an album of violin concertos for the Vivaldi Edition of the Naïve label which was awarded a Diapason d’Or.

He regularly appears in recitals with Alain Planès, Christophe Coin, Andreas Staier, Jean-François Heisser, Justin Taylor and Olivier Baumont. With the latter, he recorded the disc À Madame at the palace of Versailles.

In addition to his concert activities Julien Chauvin also devotes himself to teaching in orchestral sessions or master classes at the conservatories in Paris and Lyon, the École normale supérieure de Paris, the Academy of the Opéra national de Paris and the Orchestre Français des Jeunes.