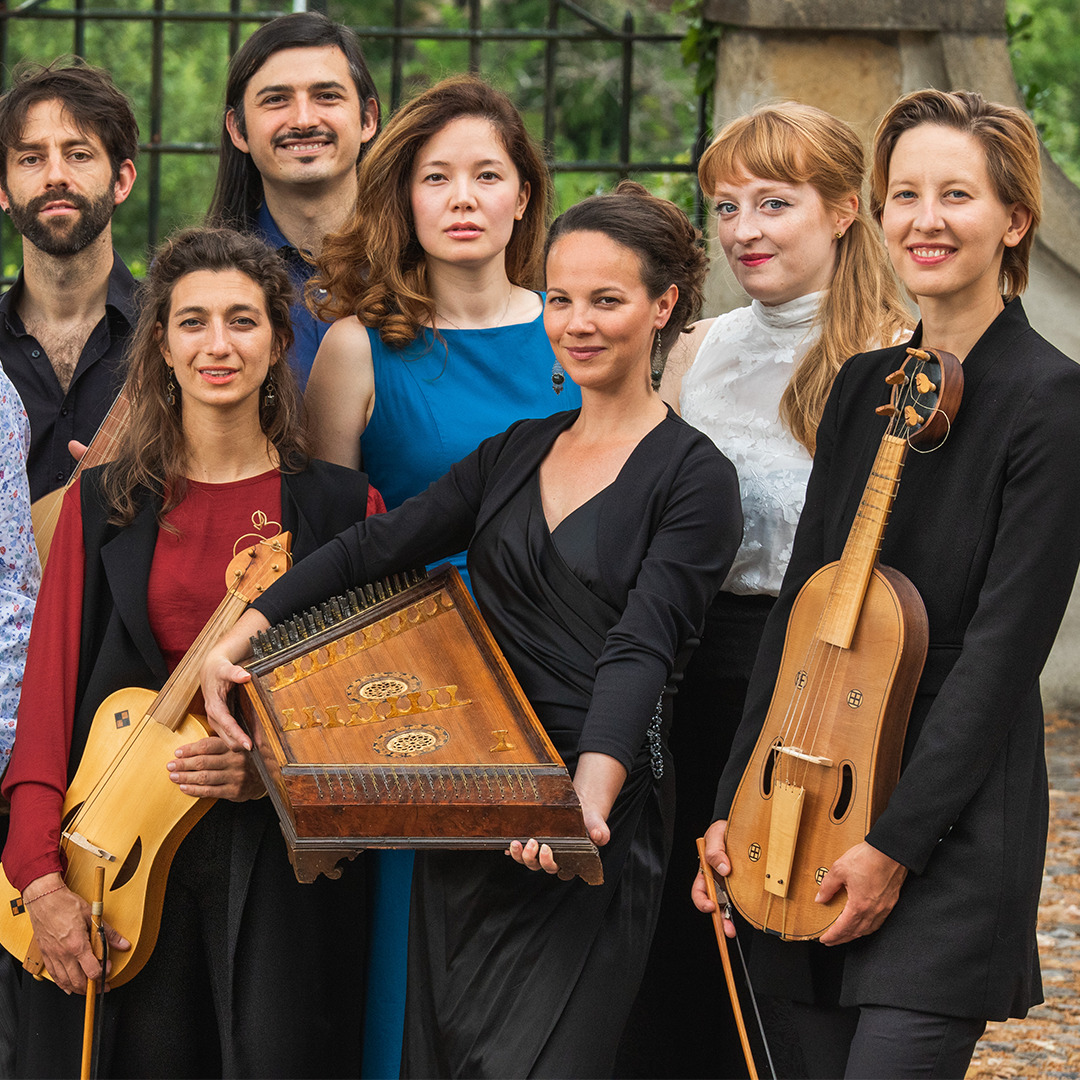 Sollazzo Ensemble was founded in 2014 in Basel by Anna Danilevskaia. It brings together musicians with a strong interest in late medieval and early renaissance repertoires. Shortly after their concert debut, Sollazzo was selected for the eeemerging young artists programme (supported by Creative Europe). The following year, the ensemble won the Young Artists Prize and the Friends Prize awarded by the audience at the York Early Music Competition, as well as the Cambridge Early Music Prize.

Parle qui veut, the phonography debut of the ensemble, was released in 2017 under the label Linn Records. It was named the Disc of the Year (The Arts Desk online magazine), the Editor’s Choice (Gramophone), the Critic’s Choice (De Standaard), the CD of Choice (BBC Magazine). The CD also received the Diapason d’Or de l’Année 2017 in the category Early Music.

The second recording of the ensemble, En seumeillant, was released in 2018 by the Ambronay Editions label as the culmination of the partnership within the eeemerging program. It was awarded a Diapason d’Or, and marks the beginning of a three-year partnership of the ensemble with the Centre Culturel de Rencontre d’Ambronay. In 2017, Sollazzo was invited to New York to perform the modern premiere of the pieces from the newly discovered Leuven Chansonnier manuscript. This project culminated with a recording comprising all manuscript’s four volumes, supported by the Alamire Foundation and the Passacaille label. The program Firenze 1350 was released for the label Ambronay Editions in 2020 and awarded the Diapason d’Or de l’Année among other accolades.

Sollazzo’s intense concert activity has led them to perform through Europe, the USA and Asia.