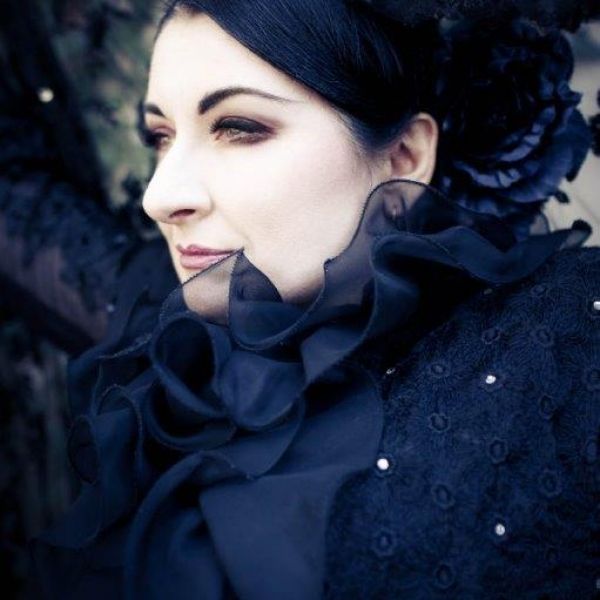 Singer, harp-player, and musicologist. Twice nominee for the prestigious ‘Passport’ Awards of the Polityka weekly (2012 and 2013), among others “for promoting Polish early music at the highest performance level” (A. Suprynowicz, Polish Radio) and “for consistence in discovering medieval music, diligence in getting to its artistic essence, insightful recognition of its historical and cultural contexts, and the joy of sharing its beauty” (D. Cichy, Radio Kraków). She has been named “one of the best ambassadors of our country” (W. Paprocki, Ruch Muzyczny).

Starting with a piano diploma, she decided to study musicology at the Adam Mickiewicz University in Poznań (Ph.D. in 2010). Her love for the Middle Ages began with her early passion for Old Norse, Anglo-Saxon, and Middle Latin literature and culture. Already as a trained musician and musicologist, she became inspired by Sequentia’s performances and deeply influenced by their serious and creative approach to medieval songs. This meeting made her study medieval and Renaissance music, and voice at the Schola Cantorum Basiliensis in Switzerland, where she currently lives and works. She trained voice with Emma Kirkby, Ansa Boothroyd (London), Barbara Thornton, Benjamin Bagby (Cologne), Richard Levitt, Dominique Vellard, Evelyn Tubb, and Stefan Haselhoff (Basel).

After finishing her vocal education at the Schola Cantorum in 2001, she completed postgraduate studies in Musicology at the Musicological Institute of Basel University, working on early medieval notation, style and performance practice with Prof. Wulf Arlt. Apart from her musicological studies, she continued her early interest in Germanic languages by attending the faculty of Norse Philology, taking courses in Old Norse language and literature as well as modern Norwegian and Icelandic. In the years 2001–2004, she was employed as an Assistant at the Microfilm Archive of the Musicological Institute of Basel University, using its rich working facilities for her practical work as a medieval music performer.

She is the founder and artistic director of the international ensemble Peregrina, specialising in early medieval music. The group has so far released ten albums that have gained international critical acclaim. Filia praeclara was awarded the prestigious ECHO Klassik 2009 for the best a cappella recording of the year; Mare Balticum (Music in Medieval Denmark) has won 5 Diapasons and the International Classical Music Awards ICMA 2019. In 2020 and 2021, two further ICMA nominations followed for the second and third volume of the Mare Balticum cycle: Medieval Finland and Sweden (Tacet 2019) and Wizlav von Rügen – Complete Songs (Tacet 2020).

Agnieszka Budzińska-Bennett is a member of many well-known early music groups (including ensemble Perlaro and ensemble Dragma), which perform medieval music as well as repertoires of the 17th and 18th centuries at the most important early music festivals across Europe and Asia. She also works as a guest conductor with the Polish Radio Choir, recording a monumental 10-CD edition of the complete psalms by Mikołaj Gomółka (the first two double CDs, released in 2018 and 2019, were nominated for the Fryderyk Award in the category of the best recording of Polish music). The album Sub Ursae – Under the Northern Sky (the complete works of Wacław of Szamotuły, Raumklang 2019) has also been nominated for ICMA 2020. She has led the projects of Capella Cracoviensis and the schola of Flores Rosarum. She records regularly for Raumklang, Glossa, Ramée, Divox, WDR, L’Empreinte Digitale, Claves, Pan Classic, and collaborates with major radio and TV stations. Her artistic portrait has been filmed and presented on TVP Kultura in 2018.

Agnieszka made her stage debut at the Theater Basel in a production of Monteverdi’s L’incoronazione di Poppea (Amor/Valletto) directed by Konrad Junghänel in the 2003/2004 season. Her appearances include premiere performances of contemporary music and opera, with works such as Andreas Pflüger’s Mord im St. Johann (2009), Gerald Bennett’s Columba Nitens for soprano and magnetic tape (2010), and Daniel Glaus’ Miserere mihi, proprium missae for two sopranos (1992).

In the years 2002–2003, Agnieszka Budzińska-Bennett lectured on the 12th-century liturgical music at the Schola Cantorum Basiliensis; in the years 2011–2013, she was on the research faculty of this institution. Between 2013 and 2015, she taught Gregorian chant and early music history at the Musikhochschule Trossingen in Germany, and in the years 2016–2017, music history at the Schola Cantorum Basiliensis. At present, she teaches at the University of Freiburg. Her pedagogical and academic work also includes guest lectures on medieval music and master classes in early singing, held, among others, at the Schola Cantorum Basiliensis, Adam Mickiewicz University in Poznań, Kalaidos Fachhochschule, the Hochschule für Musik und Theater in Leipzig, Würzburg Universität, the University of Wisconsin (USA), Universitätsbibliothek Leipzig, the Chopin Music University Warsaw, the Music Academy in Bydgoszcz and the University of Tartu.

Agnieszka has received constant praise for her passionate performances (including solo recitals with medieval Lamentationes and the Ultima Thule programme of medieval Icelandic music) and the careful programming of Peregrina’s concerts, which has secured her a respectable place among musicologists and early music performers alike.

In 2019, she was awarded the Decoration of Honour ‘Meritorious for Polish Culture’ as well as the Honorary Silver Cross of Lesser Poland Province.