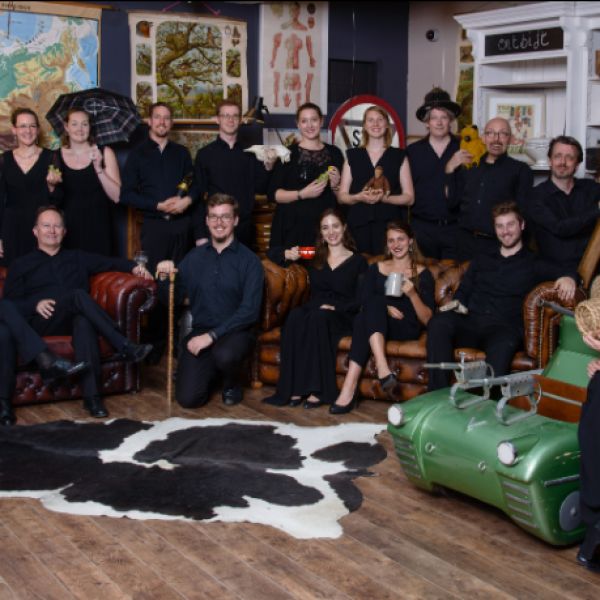 Since its creation in 1987, Chœur de chambre de Namur (Chamber Choir of Namur) has promoted the musical heritage of its region through concerts and recordings of works by Lassus, Rogier, Hayne, Du Mont, Fiocco, Gossec, Grétry, while also taking on great works from the choral repertoire.

Invited to perform at the most renowned festivals in Europe, the choir regularly sings under the direction of well-known choral directors such as Ottavio Dantone, Peter Phillips, Christophe Rousset, Jean-Christophe Spinosi, Jérémie Rohrer and Richard Egarr.

The Chœur de chambre de Namur boasts a very broad repertoire, ranging from the Middle Ages to contemporary music. The choir has made a number of critically acclaimed recordings (nominations at the Victoires de la musique classique, Choc Classica, Diapason d’Or, Joker de Crescendo, 4F de Télérama, Editor’s Choice of Gramophone, ICMA and the Prix Caecilia of the Belgian Press). It was awarded the Grand Prix de l’Académie Charles Cros in 2003, the Prix de l’Académie Française in 2006, the Octave de la Musique in 2007 and in 2012 (in the categories Classical Music and Show of the Year, respectively).

In 2010, the artistic direction of the Chamber Choir of Namur was entrusted to the Argentinian choral director Leonardo García Alarcón. In 2016, the ensemble took part in its first stage production at the Opéra de Paris (Cavalli’s Eliogabalo), and in 2017, it performed in Purcell’s Dido and Aeneas at the Opéra Royal de Wallonie (Liège), conducted by Guy Van Waas.

The 2017–2018 season was marked by the 30th anniversary of the choir. Monteverdi’s L’Orfeo, performed in 2017, was the first part of the anniversary celebrations throughout Europe and South America. Highlights of 2018 included productions of Lully’s Grands Motets, Veneziano’s Passio del Venerdì Santo, Jakob Arcadelt’s masses and motets, and Handel’s oratorio Samson, all conducted by Leonardo García Alarcón and accompanied by various TV and CD recordings.

The Namur Chamber Choir is supported by the Wallonia-Brussels Federation (music and dance department), the National Lottery and the City of Namur.

With the support of the Tax Shelter of the Federal Government of Belgium, Inver Tax Shelter and Wallonie Bruxelles International.