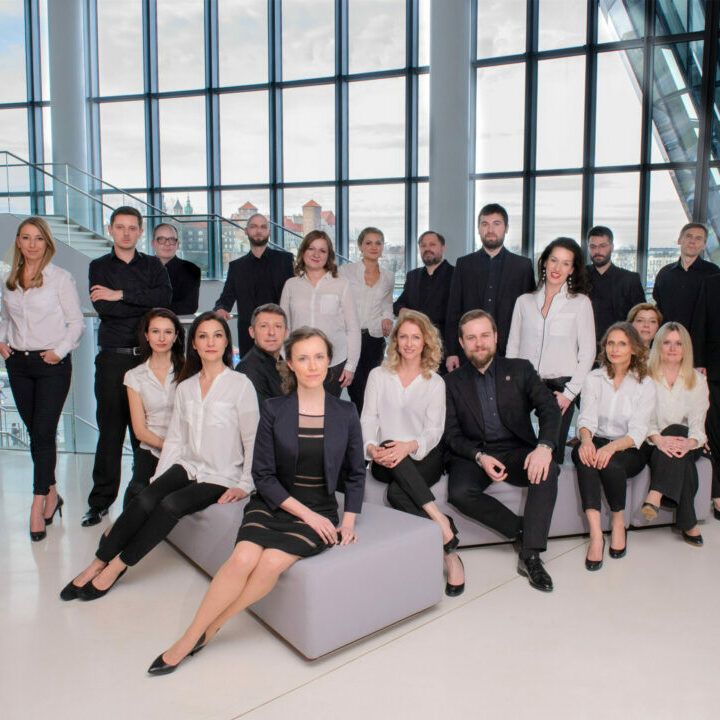 Founded in 1948, the Polish Radio Choir boasts over 70 years of experience in performing both a cappella and vocal-instrumental works. It draws upon the rich history of choral music, but also constantly pursues its own path, referring to traditions of various styles and epochs, and confronting them with its own vision of artistic language in a creative and modern fashion. Consequently, the choir’s repertoire encompasses both performances exploring relationships between sound, body and space (paratheatrical Lemelki with music by Piotr Tabakiernik to Stanisław Lem’s texts) and traditional songs by Moniuszko (The Crimean Sonnets). The world of jazz is also familiar to the ensemble.