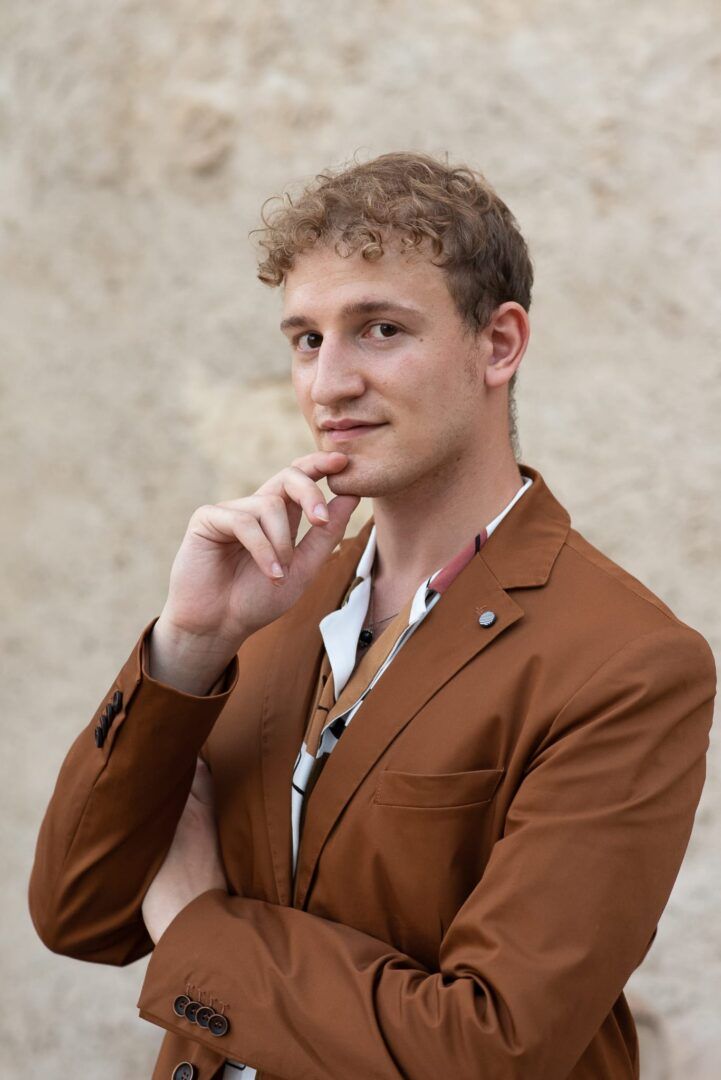 Born in Verona, Federico Fiorio studied under the guidance of Lia Serafini and Patrizia Vaccari graduating with honors both from the State Conservatory of Music Francesco Antonio Bonporti of Trento and Riva del Garda and the Arrigo Boito Music Conservatory in Parma. He also attended a masterclass with Roberta Invernizzi at the Accademia Barocca di Pistoia.

He started singing as achild in a children’s choir as a soprano. Over the years, he maintained the soprano voice and started to sing solo parts. In 2013, he made a CD recording Come voce antica risuonano fili di luce with Marina Bonetti.

He debuted on stage singing male soprano double roles of Enea and Iarba in an opera-pastiche at Teatro Ristori in Verona when he was 16. In the 2014/2015 season, he sang at the Arena di Verona with Adamus Children Choir in Turandot and Carmina Burana, and debuted the role of Pastorello (Tosca). The next season brought the role of the Erster Knabe in Die Zauberflöte for Fondazione Arena di Verona at Teatro Filarmonico in Verona under Philipp von Steinaecker and for Teatro Verdi in Padova under Giuliano Betta.

In the 2018/2019 season, he made his debut with Fondazione Fenice in the role of Lidio in Tommaso Albinoni’s Zenobia at Teatro Malibran in Venice and at Teatro Mario Dal Monaco in Treviso under the baton of Francesco Erle and staged by Francesco Bellotto. He sang in Jove Capella Reial de Catalunya under Jordi Savall at the Auditori Hall in Barcellona. He sang the Angelo Custode in Emilio de Cavalieri’s Rappresentazione di Anima et di Corpo conducted by Alessandro Quarta. In October 2019, he made his debut in the role of Cloridoro (Alessandro Melani’s L’empio punito) conducted by Carlo Ipata and staged by Jacopo Spirei at Teatro Verdi in Pisa.

The season 2020/2021 brought the roles of Zefiro (Circe) at Teatro Torlonia in Rome under Andrea De Carlo, as well as the roles of First Witch and Spirits (Dido and Eneas) at Teatro Filarmonico in Verona conducted by Giulio Prandi. He made his debut in Carmina Burana at Teatro di San Carlo in Napoli under Luis Basso. He was won at the International Biber competition in Linz as a solo singer with La Florida Capella.