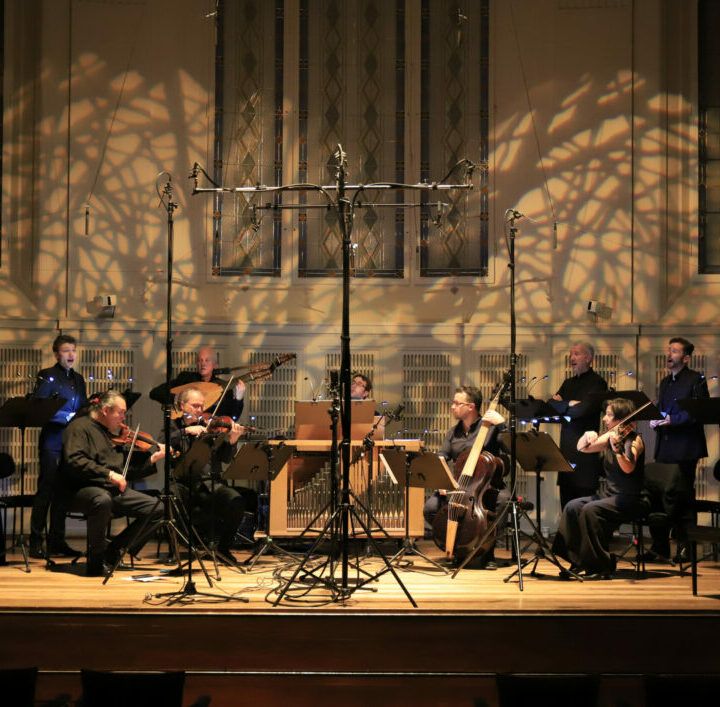 In 1995, Gunar Letzbor founded his own ensemble, Ars Antiqua Austria, an instrumental ensemble of varying size dedicated in particular to the exploration of the rich, but neglected, baroque repertoire of his native country and its neighbours. His voyage of re-discovery has resulted not only in the unexpected finds of musical masterpieces otherwise destined to languish in obscurity, but also in the articulation of a unique instrumental sound characteristic for Central Europe and its often deeply spiritual inspiration.

As a baroque violin soloist and with Ars Antiqua Austria, Letzbor has made numerous recordings (including several world premieres), featuring works by Mozart, Bach, Biber, Muffat, Aufschnaiter, Viviani, Schmelzer, Weichlein, Vejvanovsky, Vilsmayr and Conti. Many of these CDs received major record awards, including the Cannes Classical Award and Amadeus’ Disco dell’Anno. His recordings of works for violin solo: Vilsmayr’s and Westhoff’s partitas (both world premiere), Telemann’s fantasias and J.S. Bach’s sonatas belong to his most remarkable accomplishments.

Letzbor has performed at most of the major baroque music festival in Europe. He has taught at the Musikhochschule in Lübeck (Germany) and Vienna (Austria); he is a widely respected teacher, giving summer courses across Europe.

“Amongst the year’s finest issues we must mention Gunar Letzbor’s interpretation of Biber’s Rosary Sonatas. His intonation is impeccable, the sound is warm and generous, whilst his utter technical security and above all musicality is in evidence both in the devilish rapid passages and in those of heart-rending cantabile.”

“Biber’s vision could not find a more sympathetic interpreter than Letzbor, blessed with vivacity, virtuosity and fiery expressiveness, but also capable of making his instrument sing in Biber’s touching melodies.”

“Letzbor’s performance is simply exceptional. He has added lustre to a composition  that has no equal in the history of western music.”