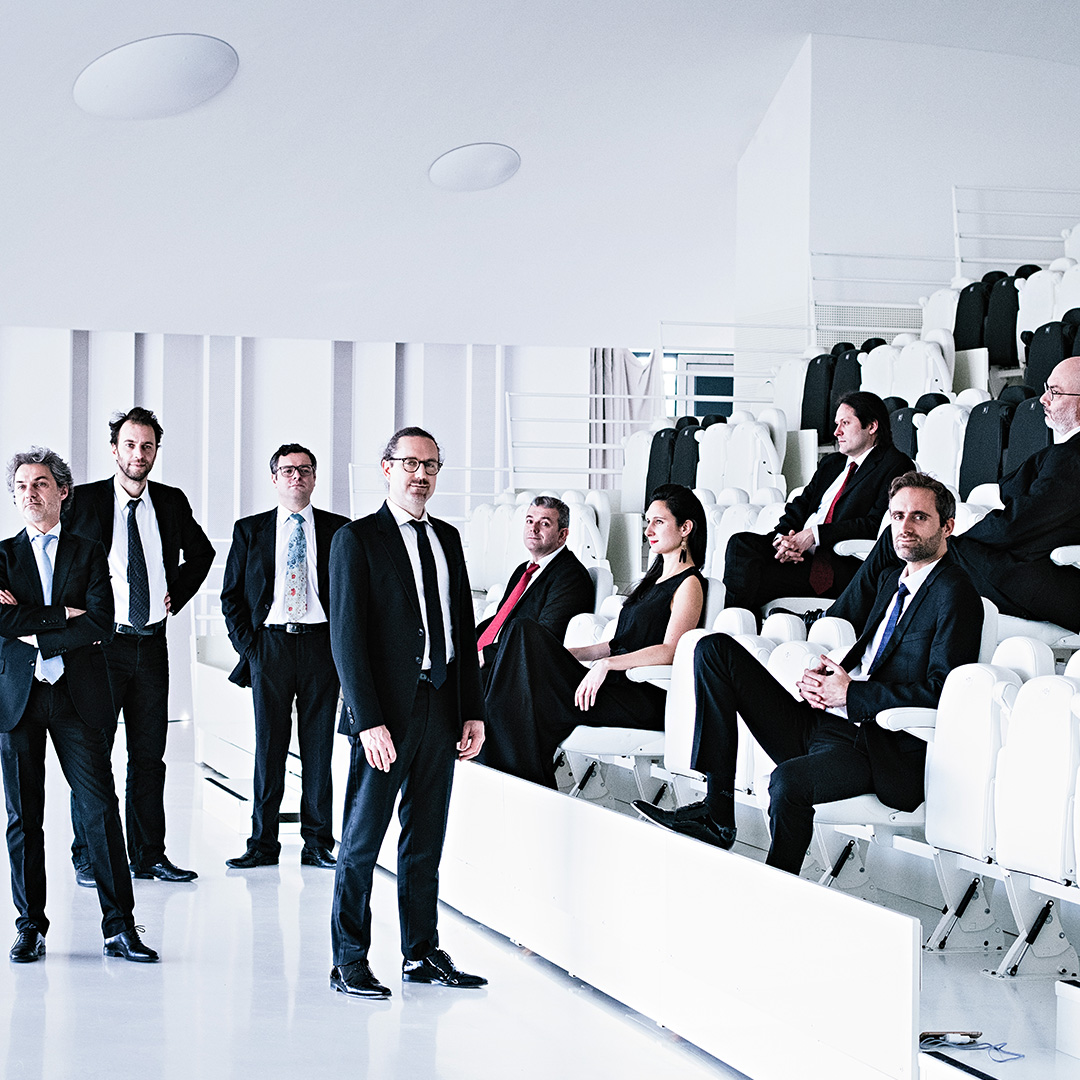 The historical orchestra, founded in 1783 by the Comte d’Ogny, was then considered one of the finest in Europe and has remained famous for commissioning the Paris symphonies from Joseph Haydn. At that time, a substantial majority of musicians were Freemasons, and many concert associations were linked to Masonic lodges such as the Loge Olympique de la Parfaite Estime.

The modern, flexibly sized ensemble performs chamber, symphonic and vocal-operatic programmes directed from the violin or the baton, and champions a wide repertory ranging from the baroque era to the early 20th century. The aim of this reconstruction project is also to explore new concert forms, harking back to the spontaneity of late 18th-century practice, which intermingled different genres and artists in a single programme, and to establish links with other art disciplines.

The orchestra has recorded six volumes of Haydn’s complete Paris symphonies (Aparté label) confronted with works from the same period performed once by the Concert de la Loge Olympique. In addition, the ensemble has devoted itself to rediscovering other repertoires: French melodies in Si j’ai aimé with Sandrine Piau (Alpha), Symphonies de Salons (Aparté), and violin concertos released by Naïve in 2020 as the 63rd volume of the Vivaldi Edition Il Teatro.

In 2021, the ensemble has begun a new collaboration with Alpha label focused on Mozart’s last three symphonies.

Since the French National Olympic and Sports Committee opposed the ensemble’s use of the adjective “Olympique”, it was forced to truncate its historical name and adopt the designation Le Concert de la Loge in June 2016.

The ensemble is supported by the Ministère de la Culture, the Ville de Paris, the Region Île-de-France, the Orange Foundation and the Mécénat Musical Société Générale (its two main sponsors), the Caisse des dépôts, the Fonds de dotation Françoise Kahn-Hamm and the sponsors who are members of Club Olympe. The ensemble-in-residence at the Jean-Baptiste Lully Conservatory in Puteaux and at the Arsenal of the Cité musicale-Metz. It is an associate artist-in-residence at the Fondation Singer-Polignac, as well as an associate ensemble at the Auditorium du Louvre and the Théâtre Sénart. Since 2021, the ensemble has been in a four-year long cross-residency with the Association pour le Développement des Activités Musicales dans l’Aisne (ADAMA) and the Centre de Musique Baroque de Versailles.