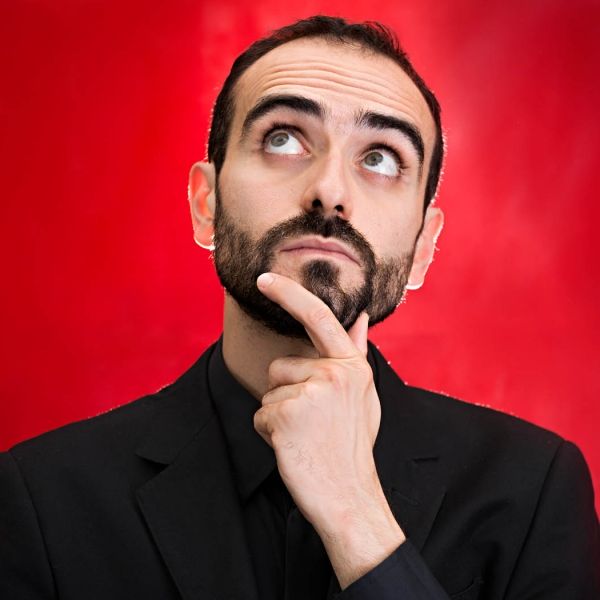 In 2007, he was among the winners of the “Monteverdi Competition” for the 400th anniversary of Orfeo in Mantua, which led him to perform the opera in Prague’s National Theatre. He sang for several years in Philippe Herreweghe’s Collegium Vocale Gent.

In 2011, he took part in Sigiswald Kuijken’s challenging rendition of Bach’s Mass in B minor, performed one voice per part. In the same year, he co-founded the AbChordis ensemble, with which he has sung at many prestigious festivals including Festival d’Ambronay, Valletta Baroque Festival, Les Riches Heures de Valère, Pavia Barocca, Urbino Musica Antica, Mars en Baroque, AnimaMea.

In 2012 he was Monostato in the Italian version of The Magic Flute at Teatro Costanzi in Rome. In 2013, he sang in Peréz’s Mattutino de’ Morti and Mozart’s Vesperae solennes de confessore with Giulio Prandi’s Coro e Orchestra Ghislieri.

He has worked with Rinaldo Alessandrini and his Concerto Italiano with whom he sang as Anfinomo in Monteverdi’s Il ritorno d’Ulisse in Patria (Teatro Regio, Turin). In Concerto Italiano’s concert tournée he also sang Vespro di San Marco and Vespro della Beata Vergine. With Claudio Cavina’s Venexiana ensemble he toured in Japan, performing madrigals by Monteverdi and Gesualdo.

In 2015, he was Teofilo in Stradella’s San Giovanni Crisostomo with Andrea De Carlo’s Mare Nostrum ensemble, with which he also sang in Stradella’s Santa Pelagia the year after. With Antonio Florio and his Cappella Neapolitana he performed and recorded for Glossa La Passione secondo Giovanni by Gaetano Veneziano in 2016. In the same year, he was San Giovanni in Handel’s Resurrezione, performed and recorded by the Radio svizzera ialiana with Diego Fasolis and I Barocchisti. In 2016, he took part in Diego Carmini’s contemporary opera Un’infinita primavera attendo with Filarmonica Romana. In 2017, he took part as Pastore and Spirito in Monteverdi’s Orfeo at Teatro Regio in Turin; he was King Ahasuerus in an on-stage rendition of Handel’s Esther at Teatro Comunale in Ferrara, and performed as Nettuno in La divisione del mondo by Legrenzi at Theater Kiel.

In the years 2018-2019, he took part as Anfinomo in Monteverdi’s Ritorno d’Ulisse in patria for Reate Festival, as Arasse in Vinci’s Siroe, re di Persia at Teatro San Carlo in Naples, as Damon in Handel’s Acis and Galatea at Teatro Comunale in Ferrara, as Lucano in Monteverdi’s L’incoronazione di Poppea at Teather Kiel and as Corimbo in Melani’s L’empio punito, again for the Reate Festival, and as Emilio in Mozart’s Il sogno di Scipione in Venice. He performed roles in three operas by Stradella: as Celindo in La Doriclea, as Rosalbo in Amare e fingere and as Simona in Il Trespolo tutore. In 2020, he sang the part of Consigliero in Stradella’s San Giovanni Battista at the Concertgebouw in Amsterdam with Collegium 1704 conducted by Václav Luks.

Luca has recorded for Christophorus, Arcana, Glossa and Sony DHM.