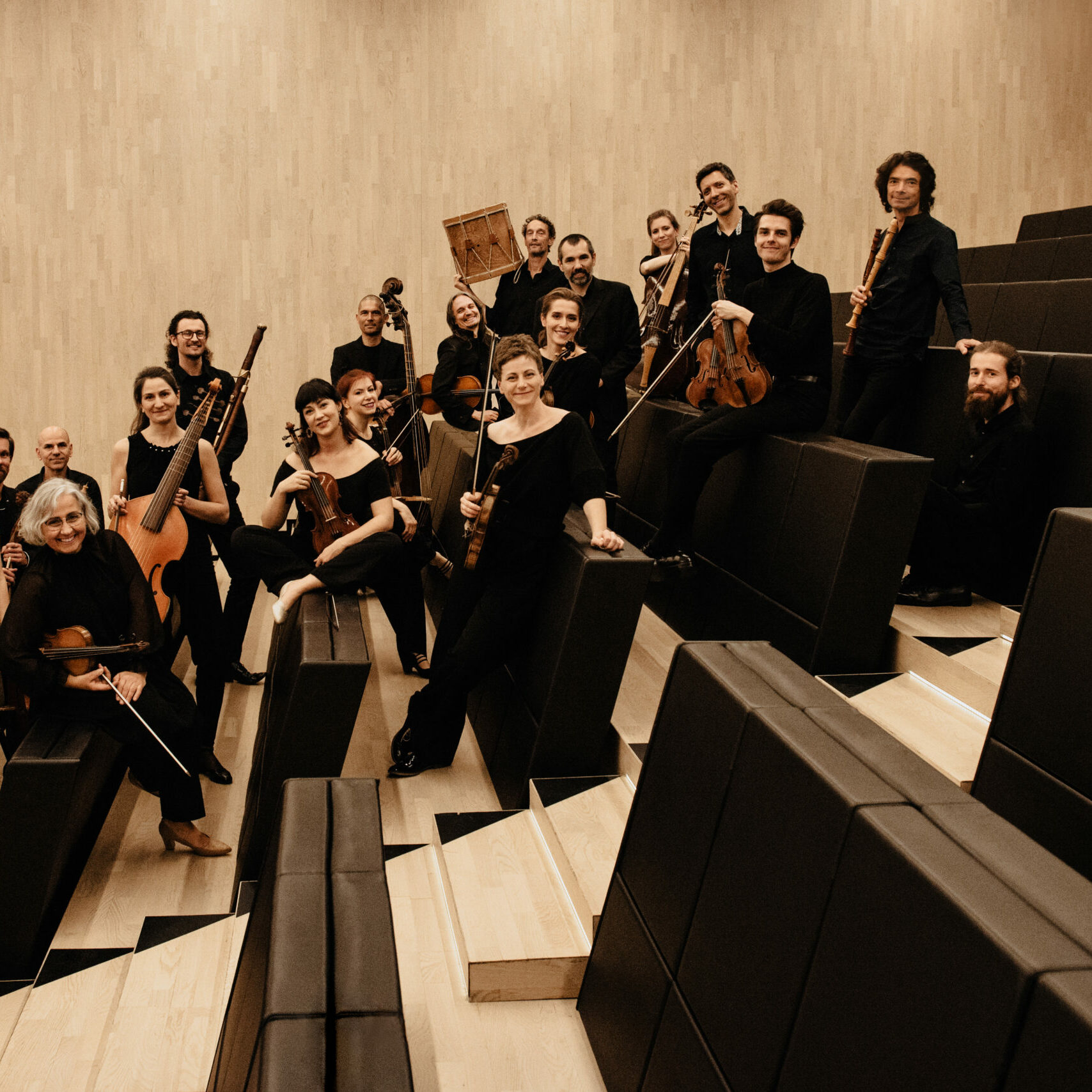 {oh!} Orkiestra Historyczna [Historical Orchestra] was founded in 2012 in Katowice by a group of instrumentalists – enthusiasts and lovers of early music led by the concertmistress Martyna Pastuszka. The year 2022 becomes the year of the Orchestra's tenth anniversary.

During the decade of its activity, the orchestra has earned the leading position on Polish early music scene as a dynamically and consistently developing ensemble, artistically shaped by its charismatic leader. In the opinion of critics, the performances of the {oh!} Orkiestra Historyczna are considered not only concerts, but also musical events. Currently, {oh!} cooperates with the most important Polish institutions and festivals, including: the Fryderyk Chopin Institute, the Silesian Museum, the Polish National Radio Symphony Orchestra in Katowice and the Adam Mickiewicz Institute. The group has also won the international acclaim, confirmed by concerts in the most important concert halls and at the biggest festivals in Europe: Theater an der Wien, Berlin’s Staatsoper Unter den Linden, Tchaikovsky Hall in Moscow, Auditorium of the Opéra de Dijon, Konzerthaus Dortmund, Kölner Philharmonie, BAROCKTAGE Berlin, Bachfest Leipzig, Händel-Festspiele Halle, Tage Alter Musik in Herne and Bayreuth Baroque Opera Festival.

{oh!} Orkiestra Historyczna has been the resident of the Polish National Radio Symphony Orchestra in Katowice since 2015. This is where they present a repertoire from baroque to romanticism in cooperation with guest soloists and conductors as part of the “Early Music” series at the NOSPR. The cooperation with the Silesian Museum in Katowice resulted in the joint implementation of the concert series “Musical Afternoons at the Silesian Museum”, which both the Museum and {oh!} plan to continue this year.

The orchestra has been regularly cooperating with the Fryderyk Chopin Institute (NIFC) since 2018, focusing on the historical performance of Polish classicist and romantic music. Joined by outstanding soloists, {oh!} performs every year during “Chopin and His Europe” Festival and records works by Polish composers on CD albums. So far, the NIFC has released an album devoted to the works of Gołąbek and Kurpiński, with a CD with works by Karol Lipiński soon to be released. Thanks to this satisfying cooperation {oh!} remains the ambassador of Polish music of the 18th and 19th centuries in Poland and abroad.

Together with the International Festival of Early Music “All’improvviso” in Gliwice, {oh!} has been consistently and successfully developing opera activities for several years. So far, the orchestra has introduced such titles as: Didone abbandonata by Domenico Sarri, Arminio and Cajo Fabricio by Johann Adolph Hasse, Gismondo, re di Polonia by Leonardo Vinci and Il pastor fido by George Frideric Handel (co-production with Händel-Festspiele Halle). Ongoing involvement in opera projects has also resulted in this year’s residence of {oh!} at the Bayreuth Baroque Opera Festival. In September, we will see the effects of the work by the musicians and Martyna Pastuszka as the conductor.

The output of {oh!} Orkiestra Historyczna includes six albums, three of which have been nominated for the Fryderyki award. The discography includes instrumental albums: Concerto grosso: Émigré to British Isles, the first {oh!}’s release for a foreign label (MUSO, July 2019), symphonies by Jakub Gołąbek (NIFC 2020), violin and harpsichord concertos from the collection of the Dresden Library (DUX, 2016) and Music by French Masters (DUX, 2017), as well as oratorio works: Stanisław Moniuszko’s Crimean Sonnets with the participation of the Polish Radio Choir and opera works: Gismondo, re di Polonia by Leonardo Vinci (Parnassus, 2020).

Gismondo, re di Polonia, with the outstanding countertenor Max Emanuel Cencic in the title role, was released in 2019 as a three-disc album with the support of the Adam Mickiewicz Institute. The production was enthusiastically received by international critics, and the orchestra itself was praised by the foreign press as “the discovery of recent years”. Good reviews resulted in a number of nominations for Gismondo, re di Polonia in the OPUS KLASSIK competition in numerous categories: “Opera Album”, “World Premiere”, “Orchestra of the Year” for {oh!} Orkiestra Historyczna, “Conductor of the Year” for Martyna Pastuszka, “Soloist of the Year” for Max Emanuel Cencic. The French magazine ResMusica awarded the album the Le Clef distinction, a recommendation was also given by the group of critics of the Preis der deutschen Schallplattenkritik award. The premiere of the album Gismondo, re di Polonia was also appreciated by the jury of the Koryfeusz Muzyki Polskiej award – it was nominated in the “Event of the Year” category.

The year 2021 brought also a documentary produced and broadcast by the TVP Polish national television entirely devoted to the work of the {oh!} Orkiestra Historyczna, in particular to the work method of a group of musicians, the role of Martyna Pastuszka as the concertmistress and director of the Orchestra but also on the profiles of musicians making up the formation.

Since 2021, {oh!} Orkiestra Historyczna has been represented outside Poland by the Parnassus ARTS Productions agency.